The French Riviera is a must for sailing lovers who wish to combine a trip on a boat with a whiff of la belle vie in one of the most cosmopolitan tourist destinations in the world. A yacht charter in the French Riviera, where several Hollywood films such as Hitchcock’s classic To Catch A Thief are set, will make you feel like a member of the international jet set that whiles away its time on the sandy beaches and posh clubs of Cannes, Monaco and Nice. Here’s a very short list of popular (and less popular but equally beautiful) places you can visit if you hire a boat in the French Riviera. 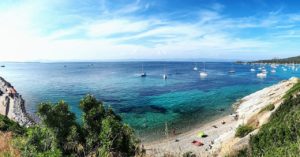 One reason many holidaymakers opt for a yacht charter in the French Riviera is to visit the iÎle de Porquerolles, the largest of the three Îles d’Hyères. Porquerolles is a hidden gem just a stone’s throw from Toulon on continental Côte d’Azur. Its pedestrianised streets keep cars and their noise away, making this tiny island a hiker’s paradise. As for its natural beauty, its rugged cliffs on the south, lush forests in the centre and lovely beaches on the north make a unique combination – Porquerolles would be your ideal destination for a weekend trip to escape the buzz of the French Riviera in the summer.

The island, whose biggest part was bought by the French state only in 1971, is part of the national park of Port-Cros, which includes the Island of Port-Cros, the Giens peninsula, the Salins d’Hyères (salt marshes) and cape Lardier – all landmarks of astounding natural beauty that you can explore if you hire a boat in the French Riviera. On Parquerolles itself, Plage Nôtre Dame on the eastern part of the island is quite popular among the locals.

Cannes is not only home to the world’s most famous film festival, but also a premium sailing destination. The world’s most gracious luxury yachts are docked in the the city’s old port, while one of Europe’s most prestigious boat shows is also held in Cannes. The city is full of French bistros and bars to introduce yourself to the nuances of the world-famous French cuisine. On the northern part of the port you can take a walk on the famous Allées de la Liberté, a long avenue with plane trees, ideal for romantic walks in the evening. 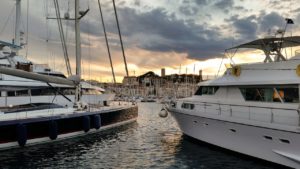 From Cannes you can sail to the Lérins Islands nearby: Île Sainte-Marguerite and Île Saint-Honorat, just 15 minutes from Cannes on a motorboat, as well as uninhabited Îlot Saint-Ferréol and Îlot de la Tradelière, all full of virgin beaches and coves to explore. On Île Sainte-Marguerite you can visit the local fort (named Musée de la Mer) where the notorious Man in the Iron Mask, whose story inspired several books and films, was held captive for a few years. Ile St Honorat is home to a famous monastery inhabited by Cistercian monks. If you pay a visit they might offer you some of their famous wine, honey, lavender oil and Lérina, a homemade liqueur.

Nice is the unofficial capital of the French Riviera, and perhaps South France’s busiest yachting hub. You can dock your boat in the city’s long port, next to some of the world’s biggest and most expensive luxury yachts. An alternative option to dock if you hire a boat in the French Riviera would be Port de St Jean Cap Ferrat at the eponymous town, famous for its picturesque centre. 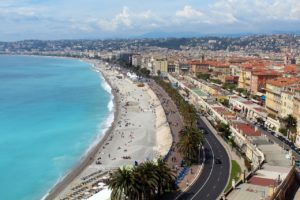 Your exploration of this famed city that combines Italian gusto with French elegance should start from the Promenade des Anglais, a long stretch of seaside avenue, spanning 7km from the city’s airport to the Quai des États-Unis at the eastern part of the city. This famous walkway took its name from the English nobles who would spend their winters in Nice in the 18th century and funded its construction. The Promenade also hosts some of the most interesting events taking place in the city: the famous Nice Carnival and the Battle of Flowers. In the summer, you can sit in one of its famous blue chairs (chaises bleues) and contemplate while staring at the sublime endless blue of the Bay of Angels (la Baie des Anges) in front of you. 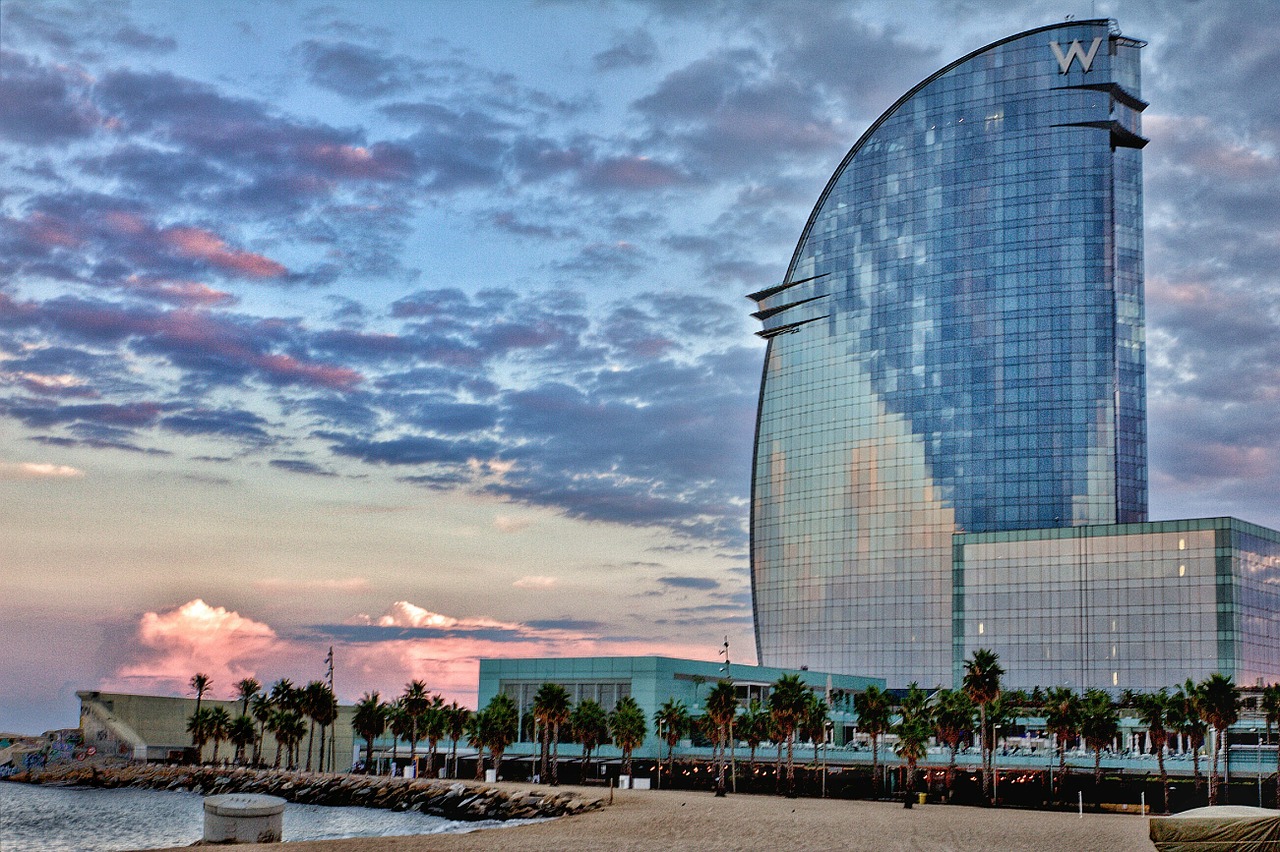 Nothing Better Than a Yacht Charter in Barcelona 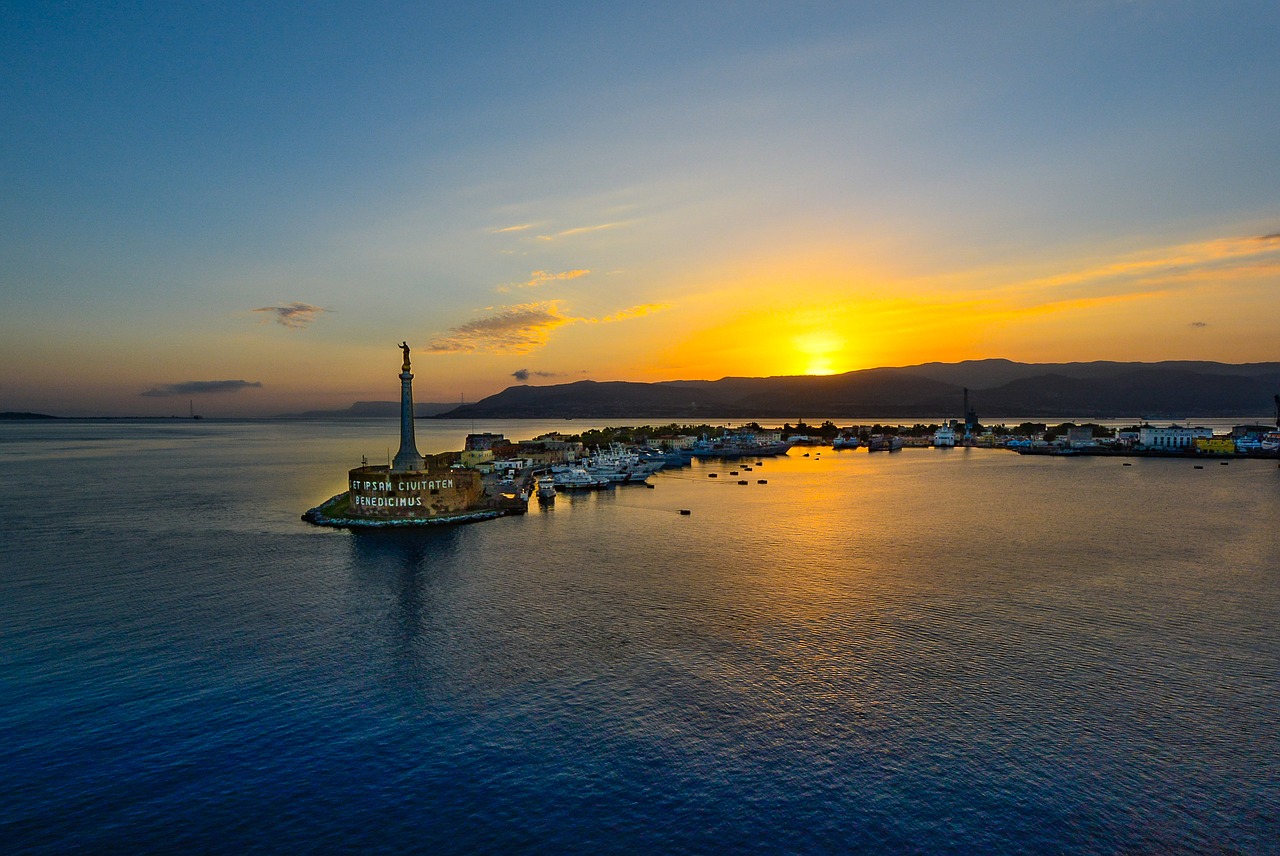 Travel Back in Time With A Yacht Charter in Sicily