For keen sailors, Greece is a true paradise. With its thousands of islands, unspoilt coves and long coastline, the country offers a fabulous boating experience. But where should you start your trip if you opt for a yacht charter in Greece? From the cosmopolitan Ionian Islands on the northwest to the dazzling Dodecanese just a few miles from the Turkish coast, Greece displays a unique palette of colours, architectural styles and landscapes. You can discover them by following five sailing routes Click&Boat‘s sailing team has picked for you, starting with a Guide to Sailing in the Sporades Islands.

Sailing in the Sporades, the perfect place for a yacht charter in Greece

The Sporades islands, including Skiathos, Skopelos, Alonissos, Skyros and a few smaller islets, are conveniently located in the middle of the Aegean Sea. Although Skiathos is the most famous one, courtesy of the movie Mamma Mia which was filmed  there, the rest of this small archipelago is not less charming. All Sporades islands have sandy beaches, historic landmarks and a rich sea life to explore. In the summer, you will have to tackle the notorious northeast winds of the Aegean Sea, known as ‘Meltemia’ (force 5-7).

A good starting point when you are sailing in the Sporades Islands is Volos, a major port and sailing hub in a natural bay (Pagasitikos). This is the city where Jason sailed from on his epic quest for the Golden Fleece across the boundaries of the then known world. The marina is located at the centre of the city and takes up to 133 sailboats and yachts of up to 60 meters long. To sail to the open sea you have to cross the strait of Trikeri and head eastwards.

On your way to the Sporades, you can visit the picturesque fishing village of Kanatadika on Evia, Greece’s second biggest island. From there it’s just 20 nautical miles to the first of the Sporades islands, Skiathos. The island’s main marina is in Skiathos Town and can take up to 350 boats of up to 65 meters. Circumnavigating the island will take you on a trip from the dreamy beach of Lalaria on the north – famous among other things for its egg-shaped pebbles – to Koukounaries on the south. On the north you will also find a few unspoilt coves to dock for a few hours.

Around 20 miles east of Skiathos is a triangle-shaped island, Skopelos. Unlike most Greek islands, Skopelos is green and fertile, with large swathes covered by olive groves. Skopelos town on the northeast is the main harbour where you can dock. The island has a few sandy beaches to explore, including Stafylos and Panormos on the south. Smaller vessels can also dock at the village of Glossa (or Loutraki) on the north. 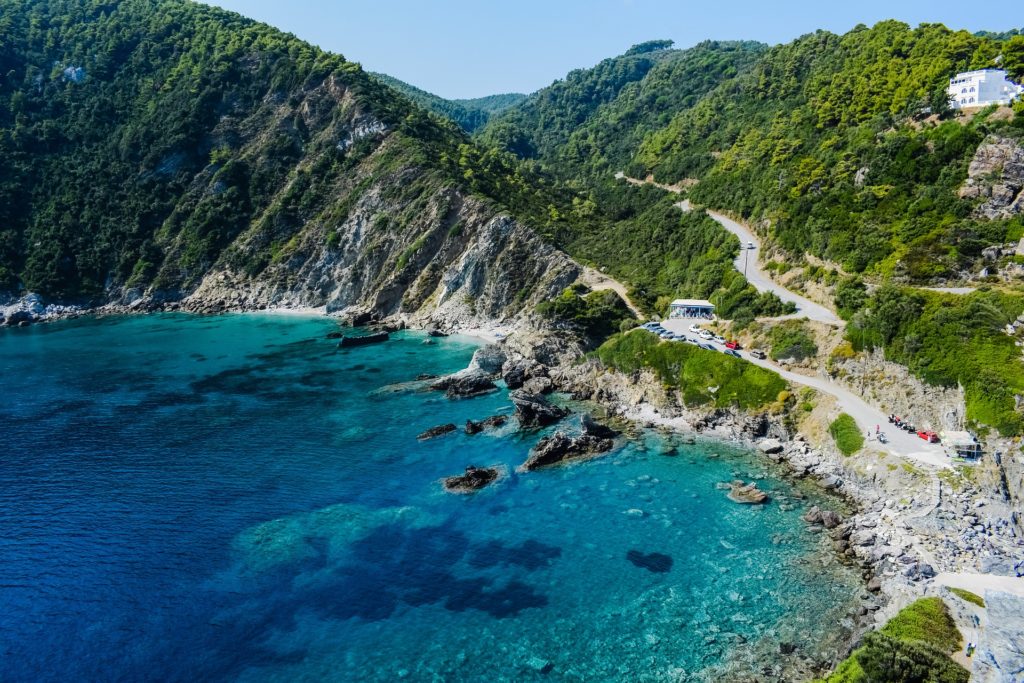 Just 2 miles from the easternmost edge of Skopelos is Alonissos, a narrow island that along with a few uninhabited islets  forms the Alonissos national marine park.  The park is the natural habitat of the Mediterranean Monk Seal, one of Europe’s rarest mammals. A sailing trip around the northwest coast will usher you into a unique scenery of steep cliffs landing graciously on the sea, while the southern part offers a few sheltered bays to explore when sailing in the Sporades Islands. Beaches worth visiting include Chrisi Milia, Steni Vala and Votsi. As for anchorages, you can dock at the small port of Patitiri. Chora or Οld Village, largely destroyed after an earthquake, is worth visiting for its traditional architecture, cobbled streets and splendid views of the Aegean Sea.

Feeling adventurous? With a yacht charter in Greece you can explore the other islets of the marine park: Peristera, Adelfoi and Skantzoura, all uninhabited but tranquil and stunning. On Skantzoura (10 miles from Alonnisos) you will find a couple of anchorages to dock.

Your last stop before you head back to Volos is Skyros, the largest and remotest of the Sporades, located 20 miles from Skantzoura and another 30 from Alonnisos. A rugged island, it offers a long coastline to explore with steep cliffs and serene bays. It’s also a hiker’s paradise. On the southeast you will encounter Mount Kokhilas (793m), while on the northwest is Mount Olympos (399 m). Poetry lovers may also want to visit the grave of Robert Brooke, the famous British poet who passed away on the island during WWI.

To end your Sporades trip on a high note you can either sail back to Volos or explore the eastern part of Evia, starting from the town of Kymi, 20 miles from Skyros. Those who have a bit more time on their hands may also sail to the northernmost of the Cyclades islands: Andros, 50 miles south of Skyros.

But more on this in the second part of our guide.

7 Little Known Places in Miami to Visit by Boat

Click&Boat’s Guide to Sailing in the Ionian Islands 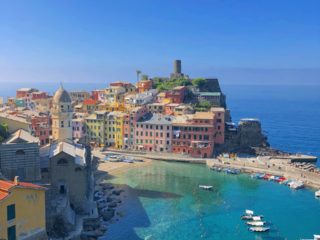 Caribbean countries to set sail in